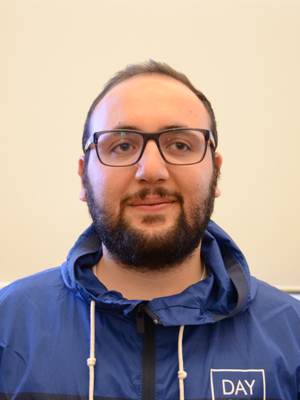 During his PhD, Mario worked on different topics ranging from optical parametric oscillators and amplifiers, laser-matter interaction and laser and plasma diagnostics. He performed research at the Laboratory for Intense Lasers, IST, at the VULCAN laser, Central Laser Facility (UK) and at the FLAME laser, INFN (Italy). He integrated the APPLAuSE 2016 class and joined GoLP for his thesis, under the supervision of Gonçalo Figueira (IST) and Marco Galimberti (CLF-STFC, UK).

In particular, Mario worked on the design and development of highly efficient fs/ps pumping stages in the visible, ultra-broadband OPA stages in the femtosecond and picosecond regime and the associated relative temporal diagnostics. He also investigated the experimental parameters behind Target Normal Sheath Acceleration, a laser-solid interaction technique for accelerating ions.

Our location inside the campus